Save time, save money and find the deals that really matter, all without the spam! 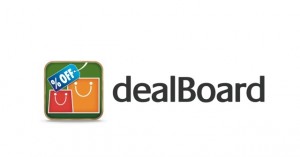 nFluence Media, a Seattle and London technology company, has launched the 2.0 version of their app dealBoard, which allows iPhone users to save time, save money, and easily find the deals that match their unique interests. But dealBoard isn’t just another daily deals app. What sets it apart is that there is no spam, no irrelevant offers and, crucially, no personal information gathered about the user. dealBoard populates over 35,000 daily deals from the largest daily deal sites to recommend deals that match the user’s interests. It is totally anonymous, yet totally relevant.

dealBoard works by allowing users to “play” brand sorting. And it’s so simple that it’s genius. To start, dealBoard asks you to swipe the brands that you use up and swipe down the ones that you don’t. After a quick 30-second sort, dealBoard uses what the brands say about you to find the deals that match your interests.

Users are then asked to vote on the deals they like or dislike by swiping them up or down.  As the user continues to do so, they can visually see their characteristics in the form of a word cloud get increasingly accurate. Users can also pull down the “About Me” menu to directly refine their interests to get even better matching deals.

“We want to see users get the best deals with the least amount of effort” said Henry Lawson, nFluence Media CEO. “Our consumer research shows that saving money is the most important aspect of any deal app, and dealBoard makes this easy and, at the same time, fun while delivering great deals that you wouldn’t normally know about. It’s really a win-win for everyone involved”.

Other added features in dealBoard include deal sharing so users can post deals they like on social networks like Facebook. Users can also choose to set their location to their current position or fix it anywhere else enhancing their privacy. The “Your Interests” section within the app will display a brand collage to see what users have liked in the past.

dealBoard is available now on the iTunes App Store for free: http://itunes.apple.com/us/app/dealboard/id487976140?mt=8

Headquartered in Seattle, Washington and London, England, nFluence Media is a marketing technology startup that is focused on making marketing work better from a consumer’s point of view. Their patent-pending brand sorter technology allows consumers to create anonymous interest graphs, or “advertars,” for more relevant targeting of deals, offers, ads and messages. Mobile carriers, broadcasters, retailers and media owners can radically enhance the responses to their assets with massively reduced intrusion on uninterested consumers. Founded by Henry Lawson, CEO and Brian Roundtree, CTO, in 2010, nFluence Media puts power back into consumers’ hands when it comes to controlling their digital presence. nFluence Media is venture-backed and launched their first mobile app, dealBoard, in March 2012. Henry Lawson previously spent 20 years running marketing technology companies including Interep and Donovan Data Systems, now MediaOcean. Brian Roundtree is a successful serial entrepreneur, having previously founded SNAPin Software, which sold to Nuance Communications for $224M in 2008. Together, they are focused on delivering messages to those who are interested, when they want it.  For more information, visit www.nfluence.com.