Thanks to the 21st Century’s general lack of online privacy (Thanks 4square!), Dracula’s secret hideout has been revealed and it’s up to players’ defense and strategy skills to protect him from a horde of big game hunters. Vampire Season will stamp a grin on the evil side of people’s brains as it delivers nuclear pumpkins, disco balls, pirates, princes, ninjas, and other invaders that have no idea how they got there, and honestly, neither do we.

This unique game not only respects the intelligence of its players, it challenges it.

6waves is the leading international publisher of gaming applications on the Facebook platform. Through partnerships with top developers, 6waves aims to publish the next generation of social games to cover every genre, language, and platform. To date, they have over 30 million monthly active players playing 6waves games and applications, a number that continues to grow daily. Some of their most popular games include Ravenwood Fair, Mystery Manor, Spartacus and Resort World.
Official Website | Facebook | @6waves

Brainz is a diverse collective of passionate people who love to make games. Their rules are quite simple: trust the storytellers, believe games are the best medium for storyworlds, if it makes you uncomfortable you probably are on the right track, and never stop until you think you’ve outdone yourself. They are a team of 30 based in Bogotá, Colombia. 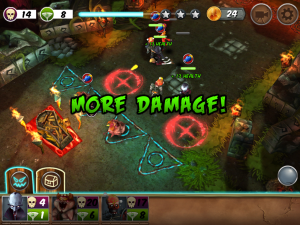