ST. LOUIS, Mo. – Oct. 3, 2012 – Simutronics, the creators of the immensely popular and award-winning Tiny Heroes, today announced an epic update for their recently launched iOS title One Epic Knight. Update 1.2 brings a number of new features to the game, including tweaks and changes to character agility and game environment, implemented to further benefit players in their epic quest for epic loot. Grab version 1.2 of One Epic Knight in the App Store today.

One Epic Knight version 1.2 features include:

One Epic Knight is a free-running platformer featuring simple controls, numerous upgrades, and addicting gameplay. Gamers will maneuver Epic Knight through an ever-changing dungeon, avoiding traps and collecting gold in order to upgrade and improve their epic Knight.

“We’re really excited to roll out update 1.2,” said Simutronics CEO David Whatley. “We’ve taken a lot of fan feedback into account for this update and are looking forward to continually working with the community to make One Epic Knight the most epically enjoyable game ever!”

Lace up your running boots and download One Epic Knight today on the iTunes App Store!

About Simutronics
Founded in 1987, Simutronics Corp has built a reputation for inspired design, incredible game experiences, first rate customer service and dedicated gaming communities. Located in St. Louis, Missouri, the privately held company has entertained millions of players for over two decades, and is committed to creating outstanding game experiences for a global audience. 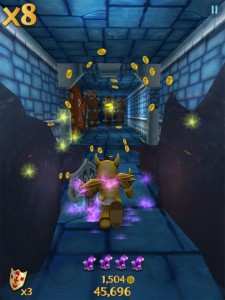 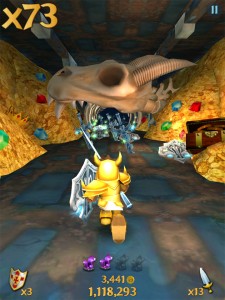 If you missed it before, check out preview trailer for One Epic Knight at the following link: http://www.youtube.com/watch?v=oY62whUckxY&hd=1