SAN FRANCISCO – April 22, 2013 – PlayFirst® Inc., the global leader in mobile games for family and friends, today unveiled the mysterious website whatsinthewater.com to build interest for its newest game launching on April 25, 2013. The gossip blog will reveal new characters from PlayFirst’s upcoming game and offer a window into the subaquatic storyline. Each day until the game’s launch, an anonymous blogger will dish up the details on one character’s role in the dramatic community of meat-eating fish. So far, the reporter has divulged that a shipwreck has broken through the bubbling seas, raining crates of collateral on swimmers below.

“At PlayFirst, we’re always thinking of fun ways to engage our fans, and we created the ‘What’s in the Water’ campaign to pique interest for our new mobile title by employing a quirky gossip-style blog,” said Marco DeMiroz, CEO, PlayFirst. “Stay tuned for more news coming from PlayFirst this week, as we’ll finally get to share what we’ve been working on for the past few months.”

Fans that visit whatsinthewater.com to stay in the know for the gossip of the sea can also enter to win a variety of prizes courtesy of PlayFirst, including an all-expenses paid trip to Hawaii.

With over 10 million daily active users, PlayFirst has seen success leveraging its hit DASH® game franchise, titles in partnership with Sony and Nickelodeon, and its recent move to Android. The company will continue to grow this year, fueled by the new franchise whatsinthewater.com will introduce.

To wade through the watery world of PlayFirst’s newest characters, swim on over to whatsinthewater.com.

About PlayFirst
At PlayFirst, we believe you can have fun anywhere, any time and at any age. That’s why we’re committed to creating mobile games for everyone to enjoy, including the fan-favorite DASH® series of games like Diner Dash® and SpongeBob Diner Dash®. Whether you’re in line at the store, on your lunch break or lounging at home, you only need a minute to dive into a PlayFirst game—but you’ll find a lifetime of entertainment. PlayFirst games are played by tens of millions of fans worldwide, and we’re just getting started. To find out more about our talented team and our awesome games, please visit www.playfirst.com. 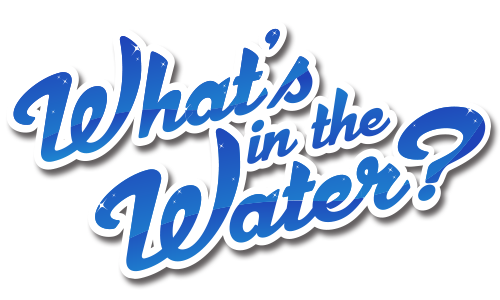