SAN FRANCISCO, LONDON – June 11, 2015 – Sonic gets by with a little help from his friends for a celebration of epic proportions. SEGA®, in partnership with Rovio Entertainment Ltd., is proud to announce that today Angry Birds™ Epic will be appearing in Sonic Dash™ for a limited time on the App Store, Google Play™, Amazon Appstore and Windows Phone Store. This in-game event will include three of the most popular and best-known characters from the Angry Birds franchise: Red, Chuck and Bomb.

“We were thrilled with the opportunity to work with Rovio on this integration,” said Chris Southall, CTO of Hardlight™. “The expressive, colorful, and fun characters from Angry Birds Epic lend themselves flawlessly to Sonic Dash and really enhance the overall experience.”

This three-week in-game event will feature a different fan-favorite Angry Bird from Angry Birds Epic each week, including Red ‘Knight,’ Chuck ‘Mage,’ and Bomb ‘Pirate.’ Players will dash through the endless runner, collecting the special Angry Birds Epic tokens to unlock featured characters. Once a character is successfully unlocked, it will remain playable following the close of the event. Players will also have the option to purchase Red, Chuck, and Bomb using premium currency during the event.

“Our EPIC Sonic collaboration together with SEGA is a fantastic milestone for Angry Birds,” said Wilhelm Taht, Head of External Products at Rovio. “Having two such iconic game characters and games work seamlessly together will delight millions of fans worldwide in both Sonic Dash and Angry Birds Epic.”

Sonic Dash is also celebrating a major milestone — the game has achieved over 100 million downloads since its launch in March of 2013. SEGA is proud to have hit this landmark, making Sonic Dash the most downloaded Sonic mobile game in the history of the legacy IP.

Download the game for free from the following marketplaces:

About SEGA Mobile in the West:
SEGA’s mobile division in the West has its headquarters based in San Francisco with dedicated studios across North America and the UK. Focused on creating fun, compelling and engaging games, SEGA’s games feature iconic intellectual property as well as original innovative content for mobile and tablet devices. Since 2008, it has been a leader in the smartphone and tablet space and continues to be at the forefront of mobile gaming. SEGA’s mobile studios include Hardlight™, Three Rings™, and Demiurge Studios™, and SEGA has investments in Space Ape Games™ and Ignited Artists™. Recent SEGA mobile titles include Sonic Dash™ , Sonic Jump Fever™ and Crazy Taxi™ City Rush. For more information, visit www.sega.com.

About Hardlight:
Based in the UK and founded in 2012, Hardlight Studio is an internal development studio owned by SEGA Games Co., Ltd. Composed of a small, dedicated team with drive, passion and creativity, Hardlight focuses on making high-quality games for mobile devices. Hardlight is behind the latest critically acclaimed adventures of Sonic the Hedgehog™ on mobile platforms: Sonic Jump Fever and Sonic Dash, as well as Crazy Taxi City Rush. For more information please visit: www.hardlightstudio.com.

About Rovio Entertainment Ltd.:
Rovio Entertainment Ltd, the creator of Angry Birds™, is a global industry-changing entertainment media company headquartered in Finland that creatively combines digital with physical, breaking the boundaries of traditional content delivery. What started as a casual game in 2009 became an international phenomenon within a few months of its release. Today Angry Birds is the most downloaded game of all time and a globally known entertainment brand in publishing, licensing, animations, books and location based entertainment. Rovio’s animated Angry Birds feature film is slated for July 1, 2016. 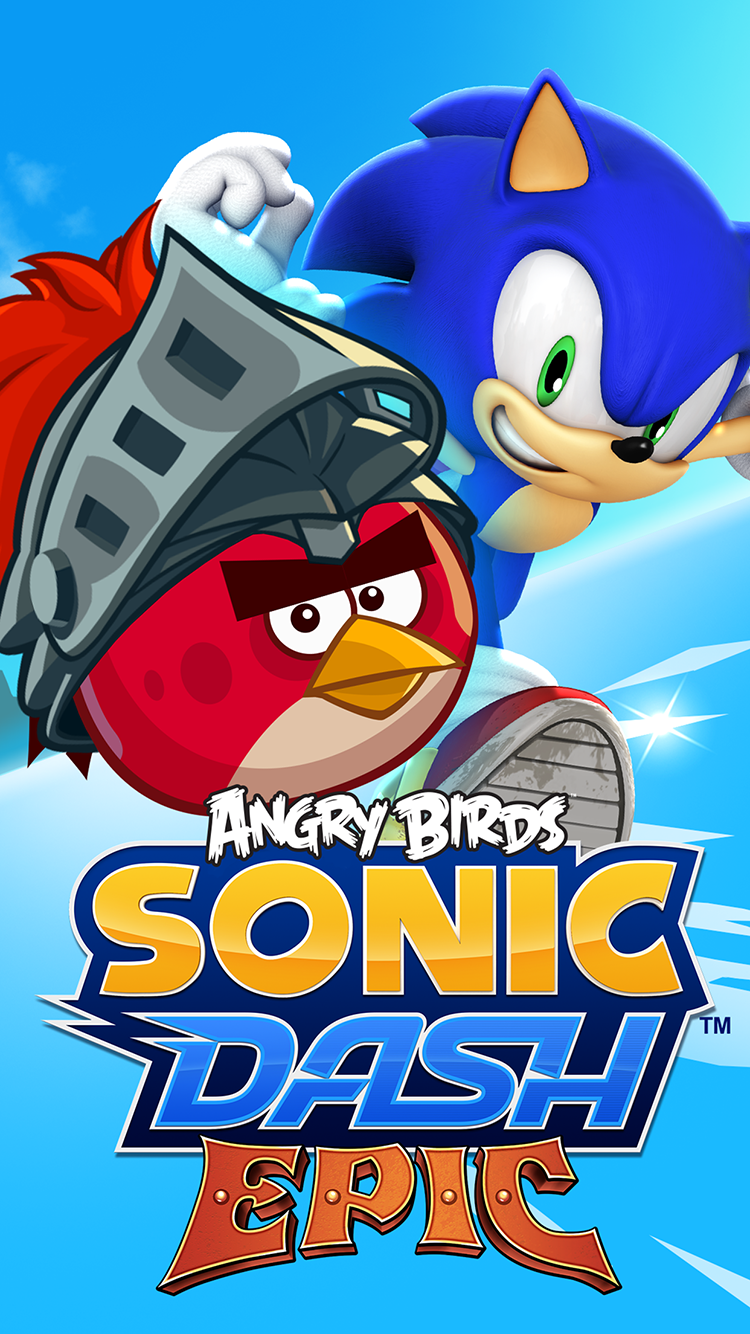