Time Machine VR is one of the first truly native VR games to hit Steam Early Access, running on Facebook’s Oculus Rift DK2 and Crescent Bay. A playable 10-minute demo is available for free on Steam, with premium access to the game’s first hours of content available at an introductory price of $9.99. Minority plans to release major updates throughout the rest of the year – approximately every four weeks – expanding the game with new levels, creatures, features, and more. The price of the game will then increase with every major update.

“Making one of the first VR-native games is a challenge, and it’s very different from simply adding VR support to a conventional game,” said Vander Caballero, CEO and Creative Director of Minority Media. “For Time Machine VR, we’ve done a ton of research and testing to make sure it offers a meaningful immersive experience. But, we need the feedback and enthusiasm of other true VR fans to help TMVR become a memorable game. I’m sure that Steam Early Access is the best way for us to achieve this.”

In Time Machine VR, a plague is consuming humankind. Civilization faces extinction. As a time-travelling scientist, you must go back to the Jurassic and face ancient creatures whose DNA holds the key to our survival. Pilot your time machine through prehistoric oceans, into an ecosystem teeming with ancient creatures. Navigate a dangerous food chain, tracking, probing, scanning and baiting these beasts, and save the human race. With an Oculus Rift DK2 or Crescent Bay, and a controller, players will fully immerse themselves into a prehistoric underwater world and come face-to-face with a slew of ancient creatures like they’ve never done before.

Minority  Media  is  an  established  studio  committed  to  cutting‐edge  game  development. Founded by Vander Caballero – a leading figure in Canada’s video games industry and a pioneer in virtual reality (VR) – Minority Media is currently at work on Time Machine VR, a time travel adventure exclusive for VR platforms. Their mission is to craft memorable games that set the standard for virtual reality entertainment. 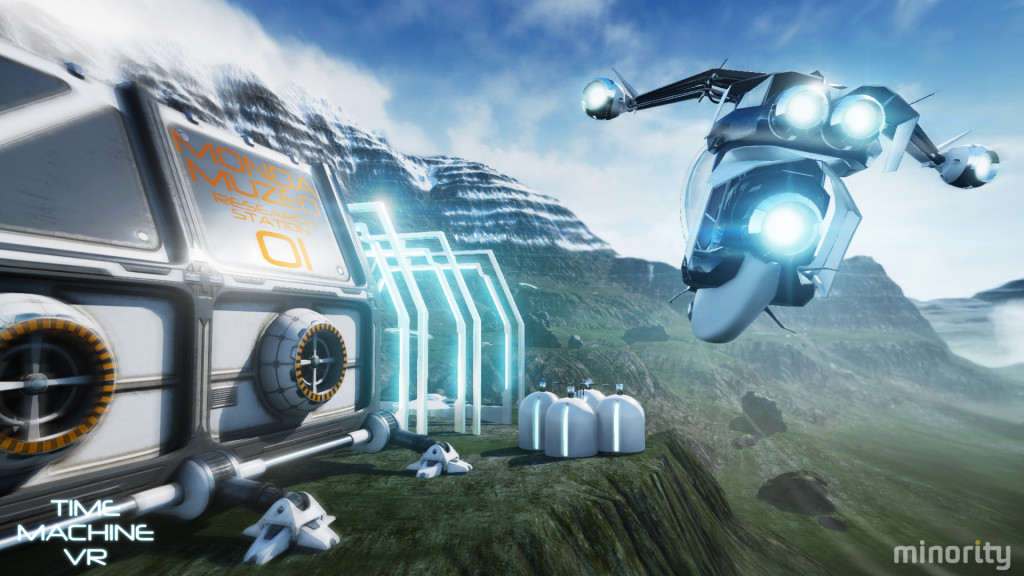 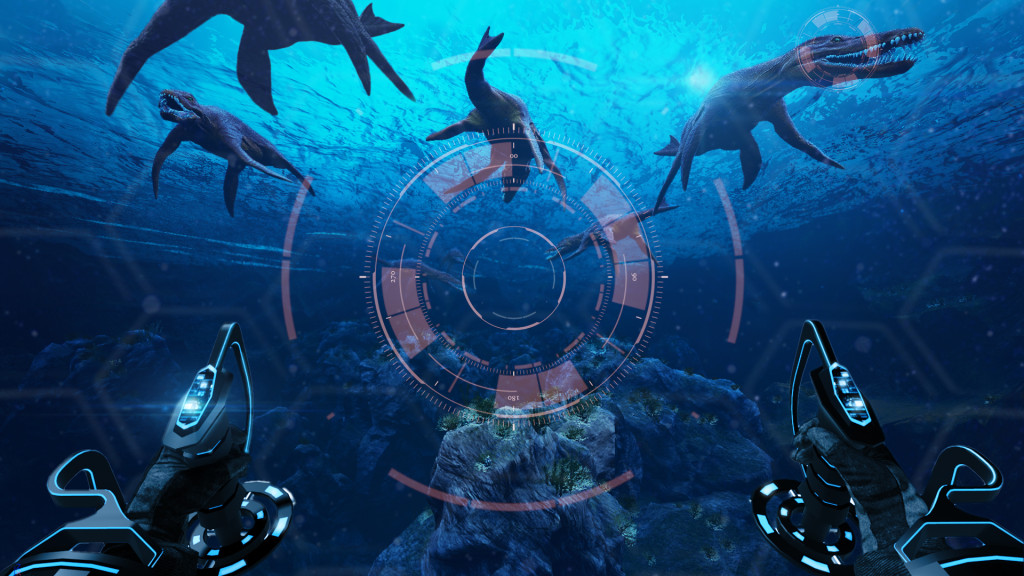