MOUNTAIN VIEW, Calif. – March 29, 2016 – Atypical Games announced today that Infinite Tanks, the latest from their hit mobile war game portfolio, is coming this summer to iOS, tvOS and OSX. Building on the legacy of their widely acclaimed and highly realistic war simulations Battle Supremacy and Sky Gamblers, Infinite Tanks uses a complex vehicle customization system to give players total control over the buildout and playstyle of their war machine.

Check out the wide world of Infinite Tanks in the game’s beta trailer here.

Infinite Tanks upgrades the tank sim genre by giving players the ability to design and upgrade their own impenetrable vehicles, allowing them to truly step into the driver’s seat. The game features an innovative card-driven building system, which allows players to mix and match individual tank parts, including engines, bodies, tracks, turrets, and guns, to create an incredibly diverse array of fantastical and versatile vehicles.

Infinite Tanks is no misnomer – with the plethora of cards available, over 30 million unique vehicles can be constructed to suit the playstyle of even the most demanding engineers. Players can swap cards with each other to improve their buildouts, and can put their creations to the test in head-to-head multiplayer combat. Battle Supremacy: Infinite Tanks  maintains the series exceptional gameplay and stunning graphics, with more control and varied environments than before.

To find out more about Infinite Tanks and Atypical Games, please visit:

Founded by a group of passionate video game developers, Atypical Games is a California-based company with a fresh take on publishing. Bringing the focus back to the player’s experience and the true values of game design, Atypical promises to bring to the public games of the highest quality and great value. Atypical’s developers are the makers of all Sky Gamblers™ and Battle Supremacy™  titles and are considered the premier maker of combat flight games for mobile devices. 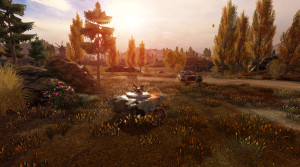 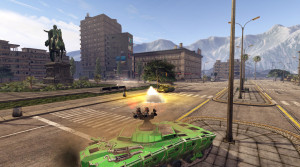