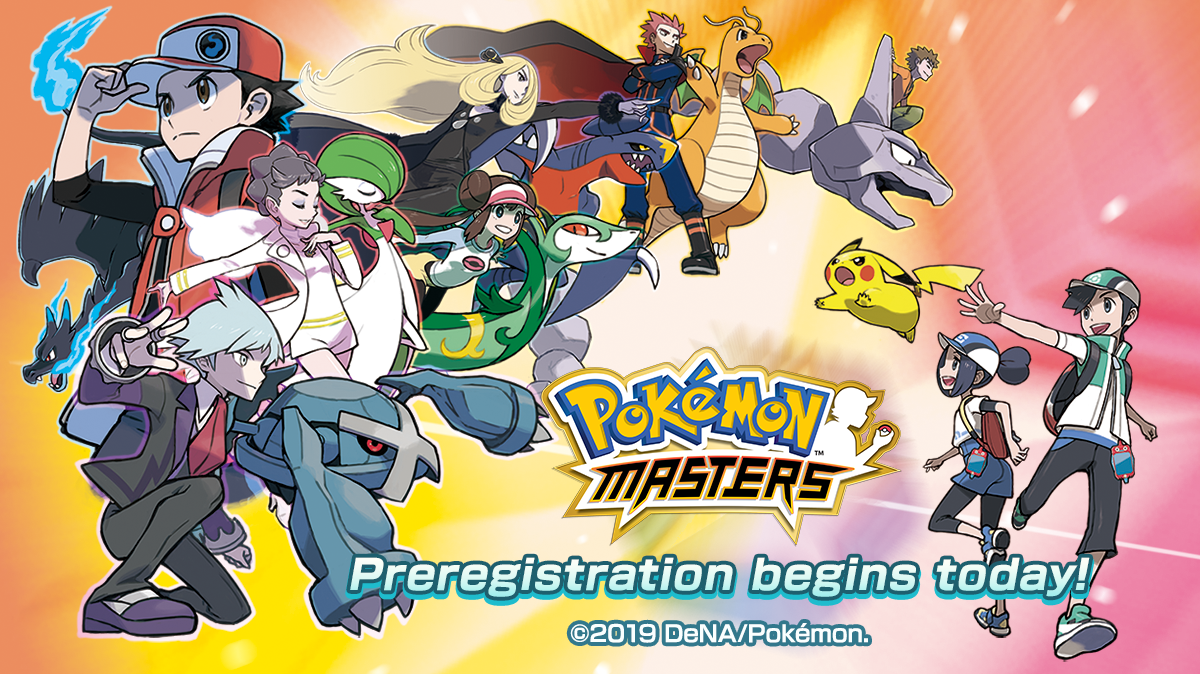 New series of gameplay trailers showcase the game’s world and major features, such as the battle and progression systems and ability to evolve Pokémon

TOKYO — July 23, 2019 — DeNA Co., Ltd., in partnership with The Pokémon Company, began opening pre-registration today for Pokémon Masters on Google Play and the App Store. Pokémon Masters is a strategy and battling game where players form teams of sync pairs (the combination of a Trainer and their partner Pokémon) to engage in 3-on-3 real-time battles against AI opponents. The game takes place in an all-new location – the island of Pasio, where Trainers and their partner Pokémon from every known Pokémon region will gather to compete. Players who pre-register for the game will receive a notification when it launches later this summer.

A new series of six gameplay trailers was also released today on the official Pokémon Masters YouTube channel (https://www.youtube.com/c/PokemonMastersGame) to provide fans with a deeper look into the world of Pokémon Masters and its major gameplay features. These trailers include:

In addition, a preview version of Pokémon Masters will launch on supported Android devices in Singapore starting tomorrow and will be coming soon to Canada. In the preview version, players in these regions will be able to enjoy select content from the game before it launches worldwide without needing to pre-register on Google Play. All player progress during this time period will be saved and carried forward to the final version of the game.

Pokémon Masters will be available worldwide as a free-to-start game with in-app purchases on compatible Android and iOS devices, with release planned for summer 2019. The game will be available in English, French, German, Italian, Japanese, Korean, Spanish, and Traditional Chinese. Fans can learn more about Pokémon Masters at https://pokemonmasters-game.com/en-US.

Assets
All assets, including a fact sheet containing game information and a list of sync pairs announced to date, can be downloaded here.