END_OF_DOCUMENT_TOKEN_TO_BE_REPLACED

SAN DIEGO, CA- July 10, 2013 – GUNNAR Optiks®, the world’s leading manufacturer of computer and gaming eyewear, today announced a first-of-its-kind distribution deal with GameStop. The Intercept and Vayper, two gaming styles that help reduce eye fatigue and visual stress, will be available in 450 GameStop stores nationwide at an MSRP of $59.99 and $79.99, respectively. Additional gaming styles will be available for purchase at GameStop.com. The deal marks the first time GameStop will carry the Advanced Gaming Eyewear in stores, expanding the emerging retail category and making it easier for gamers to protect their vision while enhancing their gaming experience.

END_OF_DOCUMENT_TOKEN_TO_BE_REPLACED 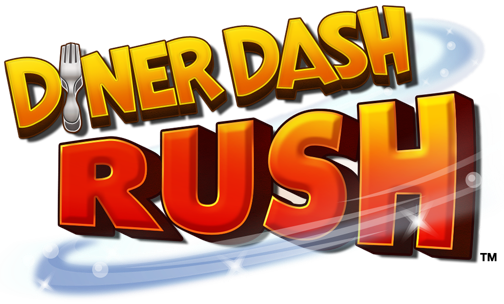 Restaurateur Flo is back in the fastest DASH ever, featuring timed rounds, social competition and Happy Hour bonuses

SAN FRANCISCO – June 27, 2013 – PlayFirst Inc., a global leader in mobile games for family and friends, today announced Diner Dash Rush, the fastest DASH ever for iPhone, iPad and iPod touch. Diner Dash Rush serves up new fast-paced and competitive gameplay based on PlayFirst’s signature time-management design that has made Diner Dash a worldwide favorite for years.

END_OF_DOCUMENT_TOKEN_TO_BE_REPLACED

LOS ANGELES – May 21, 2013 – Reliance Games, a leading international developer and publisher of mobile games, has set the stage for you to get your groove on with the release of Dancing With the Stars: On the Move for iPhone, iPad and iPod touch. This rhythm-based game is inspired by the enormously popular television show and lets you prove you’re the best dancer on the floor as you Jive, Tango, and Samba your way to the top spot.

Dancing with the Stars: On the Move offers countless ways to play on mobile:

“Dancing with the Stars: On the Move mixes the glamour and high-stakes drama of the competitive show with the rhythm-based gameplay people love,” says Manish Agarwal, CEO of Reliance Games. “Both new and seasoned casual gamers will be addicted to the combination of music, colorful costumes and amazing dance floor moves.”

“It’s an amazing, immersive experience,” said Paul Joffe, VP BBC Worldwide Digital Entertainment and Games. “It puts the excitement and energy of Dancing with the Stars in your hands. Fans get the chance to enjoy firsthand the journey to becoming a champion. They can even team up with their favorite dancers from the show.”

Dancing With the Stars: On the Move is now available on the iPhone®, iPad® and iPod touch® from the App Store. For more information, watch the trailer video here and like us on Facebook.

About Reliance Games
Reliance Games, a leading publisher and developer of mass-market mobile games, is the international gaming division of Reliance Entertainment, which also comprises entities like DreamWorks, SKG, IM Global and Codemasters. The game portfolio includes more than 600 games for over 2,000 devices across various operating systems like iOS, Android, Windows, Java and Symbian. Its current roster of hit games includes Real Steel, Total Recall, and F1 2011, among others. The company’s content can be accessed worldwide through 80 networks across 40 countries as well as through global app stores.

About BBC Worldwide Ltd.
BBC Worldwide Limited is the main commercial arm and a wholly owned subsidiary of the British Broadcasting Corporation (BBC). The company exists to exploit the value of the BBC’s assets for the benefit of the license fee payer and invest in public service programming in return for rights. In 2011/12, BBC Worldwide generated headline profits of £155 million on headline sales of £1085 million and returned £216 million to the BBC. For more detailed performance information please see our Annual Review website: http://www.bbcworldwide.com/annualreview

From April 2013, BBC Worldwide restructured its business to be based around geographic locations, supported by key global business areas.