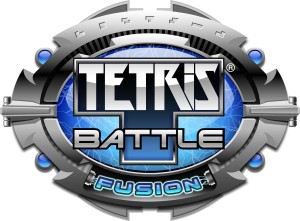 SANTA MONICA, Calif. – Aug. 25, 2014 — Colors and squares and tight spaces – oh my! Tetris® Battle: Fusion, an all-new game based on the addictive Facebook game Tetris Battle and multiplayer tribute to the game that singlehandedly spawned the puzzler genre, is now available for free on OUYA (with a $4.99 unlock for local multiplayer and AI battle mode). Developed this year by Tetris Online, Inc. to honor the Tetris brand’s 30th anniversary, Tetris Battle: Fusion puts players’ spatial strategy skills to the test. END_OF_DOCUMENT_TOKEN_TO_BE_REPLACED

PALO ALTO, Calif. – Aug. 6, 2014 – Mobile game developer Kiwi, Inc. today announced that it has closed $15 million in Series B financing, led by Northgate Capital with participation from DFJ and returning investor Sequoia Capital. The Series B brings the total amount raised by Kiwi to $21 million. Kiwi has emerged as a top developer on Google Play, and the company will use the funding to invest in its next generation of cross-platform, AAA mobile titles while continuing to improve distribution and monetization practices that affect the entire mobile ecosystem. END_OF_DOCUMENT_TOKEN_TO_BE_REPLACED

More Organizers Than Ever are Using Apps for their Events, and the Majority of Non-app Users Plan to Adopt One for Future Events

SAN FRANCISCO — Aug. 4, 2014 — Mobile event technology leader DoubleDutch today announced the early results of its new research on the proliferation and use of mobile technology in the meeting and event industry. Conducted in partnership with Meeting Professionals International (MPI), the research found that 63 percent of meeting and event planners are already using mobile applications for their events, and 60 percent of the remainder plan to use an app in the near future. These statistics suggest that mobile event applications have reached a critical mass in terms of use and popularity, and are now considered a necessary part of a successful event. END_OF_DOCUMENT_TOKEN_TO_BE_REPLACED

SANTA MONICA, Calif. – June 23, 2014 – OUYA today announced that Age of Zombies, the smash-hit top-down shooter from Halfbrick Studio, will be available on OUYA June 30. A huge success on mobile platforms and PS Vita, Age of Zombies takes players on an action-packed journey through space and time as they hunt the zombie hordes of Professor Brains and try to save humanity from undead-based annihilation. END_OF_DOCUMENT_TOKEN_TO_BE_REPLACED