PARIS – February 29, 2012 – Game of Thrones RPG today unveiled a new series of 6 exclusive screenshots! The role-playing game for PlayStation® 3, Xbox 360® and PC is based on the epic series by George R.R. Martin and the popular HBO® TV series, today revealed Castlewood, an original location in the Game of Thrones saga that players will get to explore first-hand.

Today’s screenshots turn their focus to the enigmatic place that’s home to the House Harlton. Fifteen years ago, the Lord of Castlewood chose to support the House Targaryen during the victorious rebellion of Robert Baratheon, and was sentenced to die for this treason. His brother Arwood Harlton, loyal to King Robert, finally inherited Castlewood. Arwood is also known to be a great friend of House Sarwyck, and as the heir of Sarwyck family, you, Alester, will use Castlewood as a safe place to retreat if your quests turn too dangerous…

Castlewood is an original location, playing a key role in the video game while fitting into the existing “A Song Of Ice And Fire” saga. The township of Castlewood will be one of the many places the two heroes of the game – Mors, sworn brother of the Night’s Watch, and Alester, the Red Priest – will explore and fight through. From King’s Landing and Red Keep to the Wall, an Epic quest awaits our heroes, guided by revenge, loyalty, honor, and family, along a twisting plot filled with betrayal and vicious hardships. 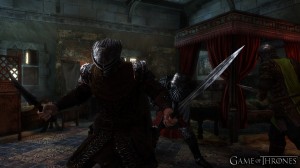 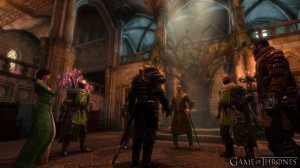 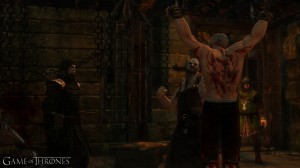 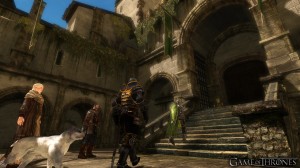 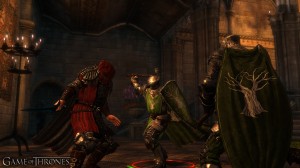 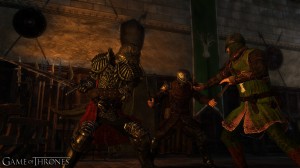 About Game Of Thrones

In Game of Thrones, you will choose the class of your characters, find your fighting style, reach a good balance between your strengths and weaknesses, and get ready for epic battles! Find, buy or loot new equipment and weapons to fit your approach of the fights, and gain experience to improve your skills or learn new ones. Slow the time down during battle to analyze the situation and choose your next moves. In game of thrones, political skills can be as lethal as a sharpen sword, so never underestimate the power of a silver tongue to solve a critical situation!

Founded in 1996, Focus Home Interactive is an independent French publisher based near Paris, France. Known for the quality, diversity and originality of its catalog, Focus has published and distributed original titles that have become benchmark titles worldwide — such as Blood Bowl, Sherlock Holmes, TrackMania, Runaway and also Cities XL and Cycling Manager.
In 2011, Focus will publish important games such as A Game Of Thrones – Genesis, a strategy game adapted from the bestseller novels “Game Of Thrones” by George R.R. Martin, The Next BIG Thing, a great adventure game by the creators of Runaway, The New Adventures of Sherlock Holmes, Confrontation and also the official video game of Le Tour de France.
www.focus-home.com

Founded in 2000, Cyanide is a privately-held video game development studio. It employs a total of 70 staff, divided between its headquarters in Paris, France, and its subsidiary studio in Montreal, Canada. Best known for its sport management sims such as the popular Cycling Managerseries and Pro Rugby Manager, Cyanide also developed Blood Bowl the video game adaptation of Games Workshop’s well-known board game. 2010 will see the release of Blood Bowl: Legendary Edition, the ultimate edition of Blood Bowl, as well as the new edition of Pro Cycling Manager – Tour de France 2010, a major evolution of the series since its creation! Finally, the studio is currently working on the video game adaptation of A Game of Thrones, the famous best-seller novels written by George R.R. Martin.
http://www.cyanide-studio.com