Over 300 levels in four unique zones provide all the boulder-slingin’ and fireball-launchin’ you can handle!

IRVINE, Calif. – Jan. 25, 2013 – Today, publisher Armor Games and developer WarSpark Games are pleased to announce that Siege Hero, the beloved physics-puzzler/castle-smasher, is now available free for a limited time only on iPhone! Normally $0.99, players can now download the full game free of charge. Optimized for iOS 6 and iPhone 5 and featuring retina graphics, the casual game is free today for iPhone, and also available for iPad and iPad Mini. With countless rave reviews and 300+ levels to smash up and crash through, this physics puzzler truly belongs on every iDevice. The promotion won’t last long; download Siege Hero today! (iPhone link, iPad link)

Take destructive pride in seeing the castles and fortresses knocked down, set on fire, and blown to bits with each and every tap of your finger in this addictive physics-based game. Siege Hero is inspired by Armor Games’ wildly popular Crush the Castle series, which already has over 250 million plays, and the Flash game Sieger, which had 50 million online plays since its release in 2010. The game was developed by Anton Fedoruk’s Warspark, the designer behind the original Sieger and Siege Hero.

About Armor Games
Armor Games is the leading developer of casual Flash and iPhone games. Based in Irvine, California, the company was founded in 2005 by Daniel McNeely, and has developed and released such hit games as Crush the Castle, Sonny, Shift, IndestructoTank! AE and Upgrade Complete!
For more details, visit www.armorgames.com

About WarSpark Game Studios
WarSpark is a mobile game developer based in Eastern Europe, Ukraine. The company was founded in 2010 by Anton Fedoruk, and developed such hit games as Sieger and Siege Hero.
For more info visit www.warspark.com 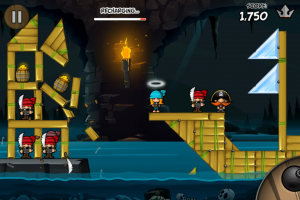 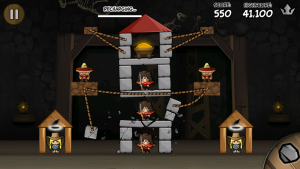