Starting today through April 28, Papo & Yo can be downloaded for PC for $13.50, a ten percent discount off of the game’s official price of $14.99. To purchase the new PC version from one of Minority’s publishing partners, please visit: http://www.weareminority.com/blog/save-10-percent-at-these-stores/. The new and enhanced PC version features improvements to the game’s graphics, controls, cinematics, and character animation, and adds Steam Big Picture Mode and multi-monitor support.

To view the cinematic Papo & Yo trailer, visit http://youtu.be/mk3D1voP_iY.

“Papo & Yo is my personal, emotional story told through a video game,” said Vander Caballero, Minority Creative Director. “For so many years I wanted to make a game about my father, who was an alcoholic, but wasn’t sure if the industry was ready for something like this. When I eventually left EA, the help of the Canadian Media Fund, the Sony Pub Fund and the great team at Minority let me use my experience to start creating a magical world that would allow us to reach players emotionally, while they were exploring and solving puzzles. When Papo finally came out, the feedback we got made it clear that gamers want new types of experiences that go beyond killing the next enemy. Now we want to continue to bring fun games that evoke emotional experiences to as many people possible, starting today by sharing Papo with PC gamers!”

For more information about Papo & Yo and Minority, visit www.weareminority.com/ or connect with Minority on Twitter: @we_are_minority. 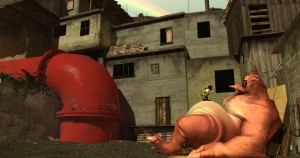 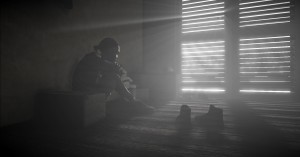 About Papo & Yo
Papo & Yo tells the story of a young boy named Quico and his brutish, mostly-friendly pal named Monster, whose most threatening feature is not his set of razor-sharp teeth, but his addiction to poisonous frogs. After devouring one, Monster catapults into a violent rampage from which no one, not even Quico, is safe. As Quico, players must navigate a magical, imagination-fueled world to save their beastly companion from the biggest danger of all: himself. Papo & Yo was released on PlayStation®Network (PSN) in August 2012, with releases on additional platforms planned for later dates.