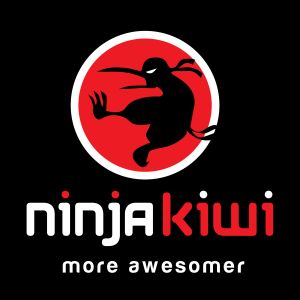 Bloons® TD Battles features challenging gameplay and also serves as a friendly entry point for players new to tower defense thanks to the game’s matchmaking capabilities that will pit players against competitors of a similar skill level. The game features a horde of upgrades for every monkey tower, leaving it up to players to come up with the best strategies on the all-out bloon-popping battlegrounds!

Download Bloons TD® Battles now free for iPhone 4 and up, iPod touch 4 and up, and all versions of iPad: http://itunes.apple.com/app/bloons-td-battles/id624533261?mt=8.

Game players eager to find the best original web, mobile, and tablet games can look for the Ninja Kiwi name and logo and stay up-to-date by:

Ninja Kiwi® is a leading developer and publisher of games for web, Facebook, and smart devices – games such as Bloons®, Bloons® TD 5, and SAS: Zombie Assault® 3. Founded in 2006, Ninja Kiwi is a 40 person studio that has headquarters and game development in Auckland, New Zealand and a mobile games studio in Dundee, Scotland.