Oakland, Calif. – May 12, 2015 – Livescribe Inc. (www.livescribe.com), the leading manufacturer of smartpens, launched the Android version of the Livescribe+ app globally today, opening up the award-winning Livescribe 3 smartpen to millions of Android smartphone and tablet owners. Android users can start digitizing, searching and sharing their handwritten notes by picking up a Livescribe 3 smartpen and downloading the Livescribe+ app, free on the Google Play store. Initially launched for iOS, Livescribe+ for Android has been optimized for Android by incorporating Google’s Material Design guidelines to introduce a unique Android approach to the app’s core functions and user experience.

“Android support is a huge milestone for the Livescribe 3 smartpen,” said Gilles Bouchard, CEO of Livescribe. “The Livescribe 3 has proven that handwriting with real ink on real paper is even more useful when paired with the mobile devices we use every day. Studies show that writing things down helps people understand and remember the discussion better, and a digital copy of your notes is even more important when you’re on the go.”

The Livescribe 3 smartpen is an elegant writing instrument that has already proven to be irreplaceable to many professionals and students during client-facing meetings, briefings and lectures. With the Livescribe+ app, every handwritten note is digitized so that it’s more useful than ever – people can save, search and share their notes via the apps and services they already use and love, including Evernote, Microsoft OneNote, Dropbox, Google Drive and more. This allows people to continue working how they want to work, and to be as productive as possible throughout the day. Customers will be able to share their notes with other apps that support PDF files, images or text. The Evernote and Microsoft OneNote Auto-Send feature, which automatically sends notes directly to those cloud services, is currently available in the iOS version of Livescribe+, and will be added to Android in the future.

Livescribe+ also allows customers to create pencasts – interactive documents that synchronize recorded audio with digital handwriting. Pencasts can be played back from the mobile device at any time, allowing customers to review their meetings and lectures. They can also be shared as PDFs that can be played back from other mobile devices as well as laptops or desktop computers.

Unique to Android, Livescribe has also launched a second app called Livescribe Link, an Android Service app that manages the connection between smartpen and Livescribe+ and, in the future, other third-party apps that make use of Livescribe’s Android SDK. It also conducts a compatibility check when it’s installed, so potential customers can make sure their Android device is compatible before they purchase a smartpen.

To download the apps for your Android device, visit:

The Livescribe 3 smartpen is available for $149.95 (USD) or $199.95 (Pro edition) in the US at http://store.livescribe.com, Amazon, Apple.com, Best Buy, Fry’s, NewEgg.com, Paradise Pen, Sprint and T-Mobile, as well as London Drugs and SmartpenCentral.com in Canada. In Europe and elsewhere, Livescribe smartpens are available at Amazon and Apple.com.

For the next two weeks, US customers will receive a $25 Bonus credit towards future purchase with every Livescribe 3 they buy at the Livescribe Store. Best Buy, Amazon and others will have similar offers.

About Livescribe
Livescribe brings notes, words and ideas to life. Livescribe smartpens make it easy to connect paper and pen to the digital world and fundamentally change the way people capture, access and share what they write, draw and hear. Livescribe’s family of smartpens includes the Echo smartpen, the Sky wifi smartpen and the Livescribe 3 smartpen. For more information, please visit http://www.livescribe.com. 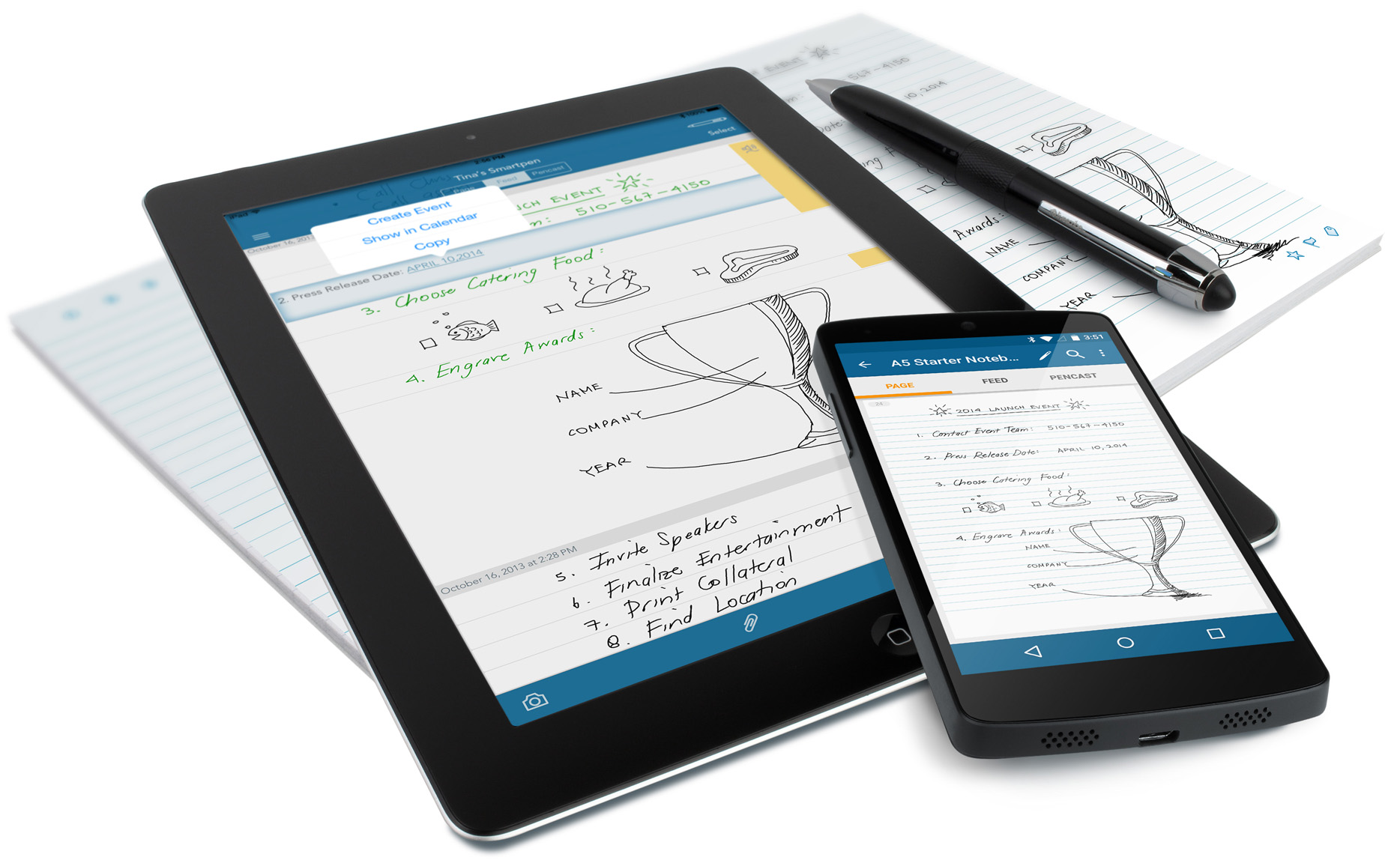