San Francisco, London, 8th October 2015 – SEGA® is happy to confirm that today Sonic is back in Sonic Dash 2: Sonic Boom™, the sequel to the mobile success Sonic Dash™, which has been downloaded over 140 million times.

Developed by Hardlight, the passionate SEGA studio behind a number of acclaimed mobile games such as Sonic Dash, Crazy Taxi: City Rush™ and Sonic Jump Fever™, Sonic Dash 2 combines all of the elements that made the first episode a success and takes them to the next level in an entirely redesigned game. Added depth and more strategic challenges are amongst the improvements:

These evolutions, and plenty of other changes, are featured in the Sonic Dash 2 launch trailer: https://www.youtube.com/watch?v=N8rvVcV6CHo&feature=youtu.be.

Month after month, Sonic Dash 2 will continue to evolve: more tracks, more characters, more events, and plenty of other additions are already scheduled.

“The success of Sonic Dash has been very gratifying for us and while we keep improving the experience in the first episode, we wanted to go further – designing and coding the sequel from scratch. After a year of development we’re now ready to launch Sonic Dash 2” explains Chris Southall, Head of Hardlight. “We hope that many players around the world will make Sonic Dash 2 their new best friend as they commute to work or want an entertaining pause in their busy days!”

Last but not least, an Apple Watch companion app is also available beginning today for Sonic Dash 2.  It’s no secret that all Sonic fans like to run at least a dozen miles every day in homage to their favourite mascot. So, to reward them, Hardlight developed a Sonic-themed pedometer that measures and rewards player’s steps. The more active players are in real life, the greater their in-game rewards. Who said gamers were couch potatoes? Definitely not Sonic!

The launch of Sonic Dash 2: Sonic Boom continues the franchise’s momentum led by a #1 animated series for kids, all boys, and all girls in its timeslot on Boomerang in the UK. It is also the strongest show on Canal J in France, Cartoon Network Australia and Malaysia and the number one show Cartoon Network in the U.S. The series will launch in more than 70 countries in 2016, furthering exposure for the franchise and building affinity with consumers.The Sonic merchandising program has also surged at retail led by master toy partner TOMY and with more than 150 partners across a range of key categories.

Sonic Dash 2: Sonic Boom is downloadable for free from today in Europe, the Americas, Australia and Africa, on  iPhone, iPod and iPad: App Store.

From next week, on Thursday 15th October, it will also become available in these territories on a selection of Android devices.

No dates have been defined yet for a release in additional countries.

About Hardlight
Based in the UK and founded in 2012, Hardlight Studio is an internal development studio owned by SEGA Games Co., Ltd. Composed of a small, dedicated team with drive, passion and creativity, Hardlight focuses on making high-quality games for mobile devices. Hardlight is behind the latest critically acclaimed adventures of Sonic the Hedgehog™ on mobile platforms: Sonic Jump Fever™ and Sonic Dash™, as well as Crazy Taxi™ City Rush. For more information please visit: www.hardlightstudio.com. 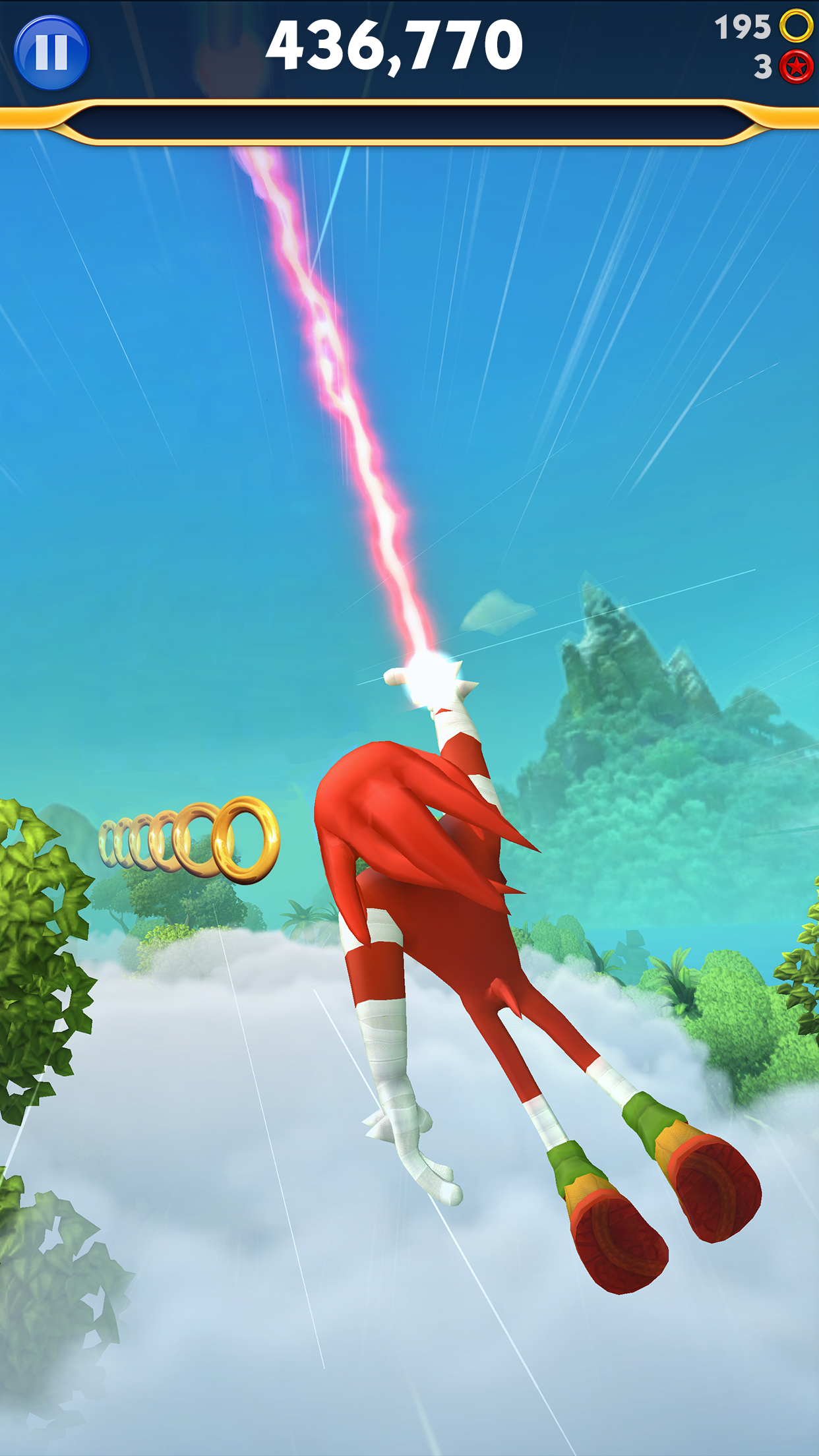