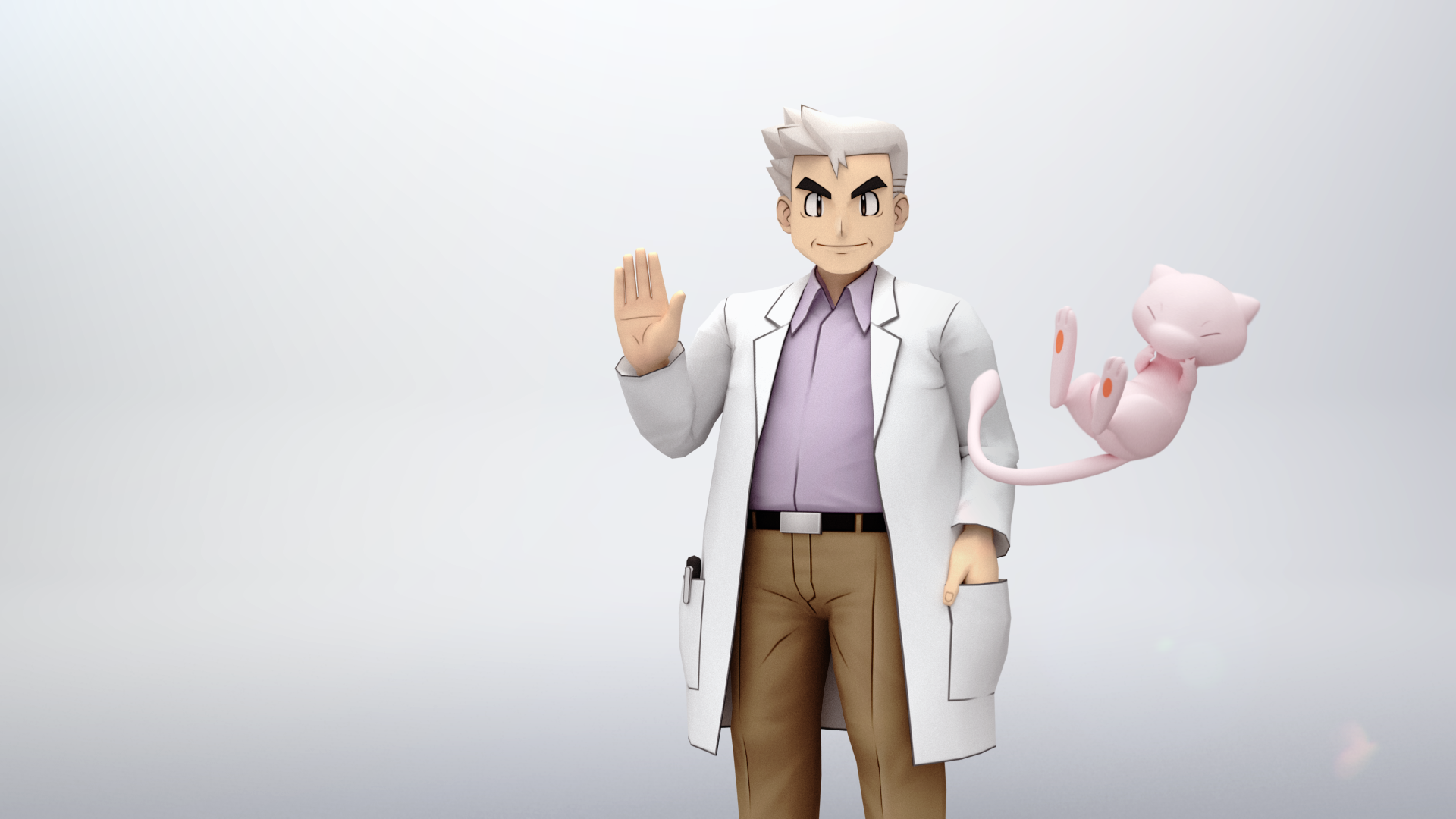 TOKYO — February 14, 2019 — DeNA Co., Ltd., in partnership with The Pokémon Company, has announced that for the first time ever in Pokémon games, Professor Oak will join the battle as a Pokémon Trainer. Accompanied by his partner, the mythical Pokémon Mew, these characters will be distributed to all players that have logged into the game and completed the tutorial before March 15 at 10:59PM Pacific time. Pokémon Masters, a real-time battling and strategy game, can be downloaded on compatible iOS and Android devices.

A new trailer announcing this update and highlighting Professor Oak’s appearances throughout the Pokémon video game series, including his debut with Pokémon Red and Pokémon Blue, can be found here on the official Pokémon YouTube channel: https://youtu.be/9bNDukSYGF8

After receiving Professor Oak & Mew, players that have completed Chapter 2 of the Main Story can upgrade this sync pair by completing “Professor Oak & Mew Special Missions.” These missions are available now through March 15 at 10:59PM Pacific time. Players can also experience Professor Oak’s “Sync Pair Story” and learn more about how he met Mew and formed a sync pair with this mythical Pokémon. Other Trainers and Pokémon like Red, Blue, Agatha, Bulbasaur, Charmander, and Squirtle also make appearances in this “Sync Pair Story.”

DeNA also announced that the Steel-type sync pair of Steven & Metagross has been added to the game. Players can learn more about Steven, the champion of the Hoenn region, in the in-game story event titled “The Strongest There Is,” available to play now until March 15 at 10:59PM Pacific time for those that have completed Chapter 1 of the Main Story. Steven will also be available to obtain in the “Steven Spotlight Poké Fair Scout.” A unique feature of this sync pair, shared only by a few others such as Korrina & Lucario, Blue & Pidgeot, and Agatha & Gengar, is that Metagross transforms into its Mega Metagross form after executing a sync move.

To celebrate these exciting new updates and six months since the game’s launch, players that log in each day from now until February 27 at 9:59PM Pacific time will be able to receive up to 3,000 free Gems. The in-game Pokémon Center will also have new decorations and background music.

Assets
All assets can be downloaded here: https://drive.google.com/open?id=1H9Q1ydSMR6tdEOu_jJLm5G4MbEu80p_i