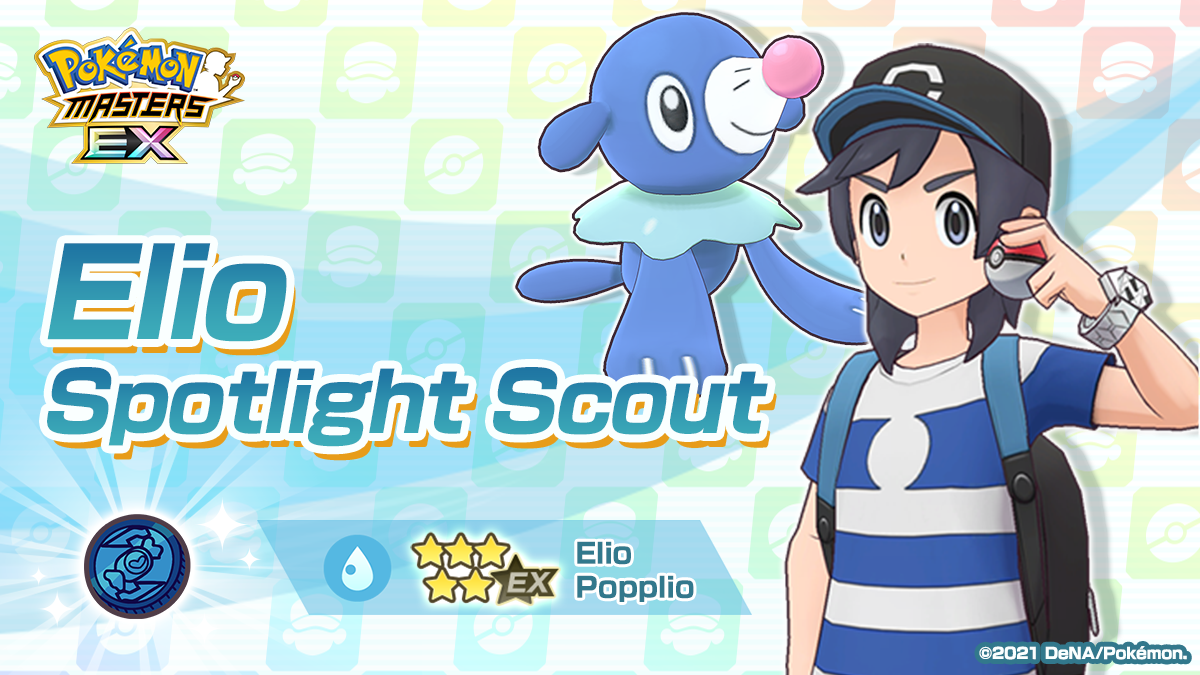 TOKYO—April 16, 2021— DeNA Co., Ltd., in partnership with The Pokémon Company, has announced that players will be able to add Alolan sync pairs Elio & Popplio and Selene & Rowlet to their teams in Pokémon Masters EX.

Elio & Popplio are a Water-type support sync pair that can put opponents to sleep with the move Sing, and then benefit from their passive skill, which restores HP when a status move is successful. This sync pair can also use Sparkling Aria, a powerful move that attacks all opponents, when Popplio is fully evolved into Primarina. Selene & Rowlet are a Grass-type strike sync pair that can deploy Spirit Shackle, which restrains the opponent. This move can be used in tandem with their passive skill, which has a chance of charging the move gauge when an attack is successful against a restrained opponent.

A story event featuring these Alolan Trainers called “Trials on the Isle” will also be available until May 1 at 10:59 p.m. Pacific Time for players who have completed Chapter 1 of the Main Story. In this event, Selene and Elio arrive on Pasio and take on the battling trials of Lana, Kiawe, and Mallow. Players that complete the story event will earn in-game rewards such as Support Move Candy Coins and up to eight 5★ Guaranteed Scout Tickets. A log-in bonus also coincides with the event, providing players that log-in each day with up to 1,000 Gems.

In addition to these updates, DeNA also announced that the following content updates are now available: