BOSTON – Jan. 16, 2013 – Digisocial, Inc. today launched its social sharing app for iOS, introducing a new way for users to share content and connect globally. Now available for free on the App Store (https://itunes.apple.com/us/app/digisocial/id529473443?mt=8), Digisocial is an audio-enabled, always ad-free social sharing app that combines the best elements of social tools with the power of voice, in an experience that is as private or public as a user chooses. The app’s audio capabilities allow users to create and share content in new ways, with tools like “VoicePhotos.” Shareable publicly or privately on the Digisocial network, Facebook and Twitter, VoicePhotos are high-resolution images with high-definition audio recordings attached. VoicePhotos can be used to quickly and conveniently share audio commentary alongside pictures, or in other innovative ways such as adding a live music sample to a photo of a band in action.

VoicePhotos, text and audio content can be shared publicly on the Digisocial network, Facebook and Twitter, or privately with specific users and custom groups ranging from handfuls of friends to thousands of people around the world, in four clicks or less. Built to combine the best capabilities of modern devices with popular social content, Digisocial lets users add stylized filters to images, chat with friends, meet new people, search trending topics and images, locate nearby users with similar interests (optionally), and more.

“So many of our day-to-day social interactions are now online – yet, despite the massive popularity and success of social networking, these interactions and conversations still tend to be based on a technology now decades old: texting,” said David Guo, co-founder of Digisocial. “I think people are really starting to voice their frustration with certain social platforms that only innovate in order to make more money off the user and increase advertising profit. We built Digisocial as an alternate to these platforms – an ad-free way for people to ‘share different,’ using all the capabilities of modern smartphones.”

Designed to deliver one consistent but flexible social experience, Digisocial does not support ads or promoted content, will never sell users’ information or content to third parties, and allows seamless sharing to Facebook and Twitter.

About Digisocial, Inc.
Founded in 2011, Digisocial, Inc. is a privately owned and operated corporation with global operations encompassing studios located in Boston, Los Angeles, New York, Qingdao, Sydney and Tokyo. The company, created to develop new ways for consumers to share and connect, has released an audio-enabled social sharing app for iOS which allows users to create and share VoicePhotos — images attached to high definition audio recordings. With VoicePhotos and other features that combine the best capabilities of modern devices with popular social content, Digisocial delivers a consistent but flexible social experience. 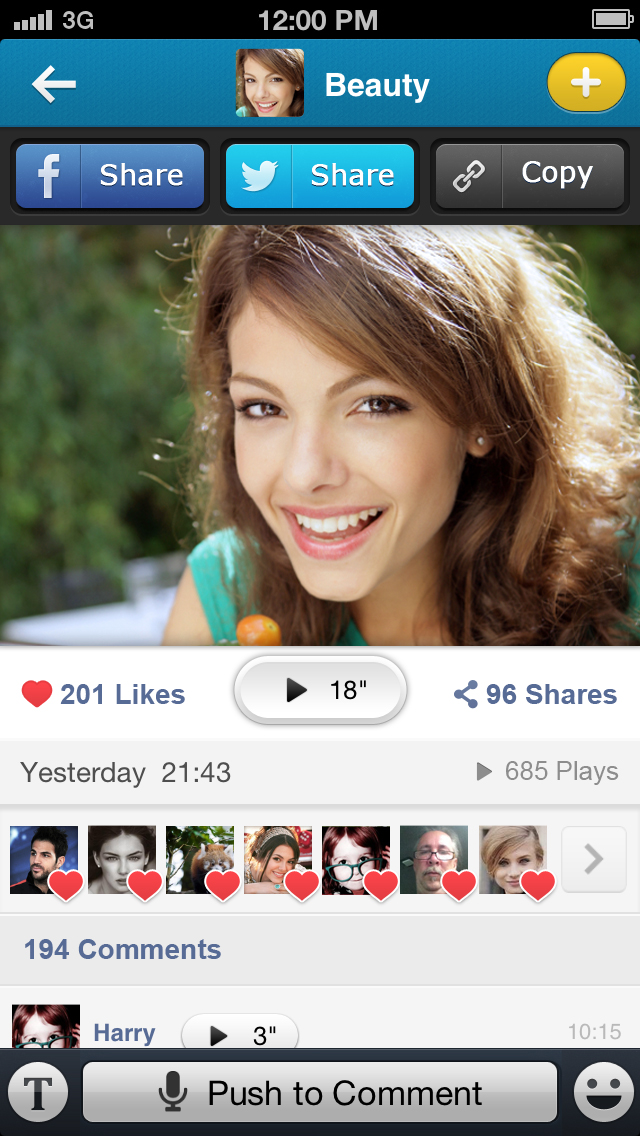