“Delivering this exciting new tournament highlights the partnership between Azubu and KeSPA, and the valuable programming we look to deliver together to the community”, said Man Soo Cho, Secretary General of KeSPA. “As our official livestreaming partner, Azubu will broadcast worldwide all of the excitement and suspense of this unique 1v1 LoL tournament, leading up to the finals on March 8.”

All of the live action will be available on http://www.azubu.tv/azubu in glorious HD. 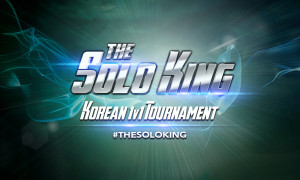 Azubu is a premium global livestreaming and eSports platform, providing unparalleled gaming, viewing, and interactive experiences for both broadcasters and the community. Coming together to watch the biggest names and tournaments, users across the globe engage in the highest definition eSport content. Created for and driven by the community, Azubu delivers a “lean-in” experience for viewers to interact with their favorite games, players, and organizations, while empowering broadcasters with unique toolsets, superior streaming technology, chat-casting capabilities, and more. Azubu was founded in 2011, and is headquartered in Los Angeles with offices in Seoul, Vancouver, and London.

Korean e-Sports Association, known as KeSPA, was formed in 2000 as the governing body of e-Sports in Korea by the Minister of Culture, Sports and Tourism. KeSPA has helped pioneer a strong e-Sports market in Korea as well fosters a competitive environment to create the strongest teams and players in the world. KeSPA strives to grow e-Sports in a sustainable manner to create long term success for e-Sports in the world.