TOKYO, Japan – September 27, 2021 – Publisher GungHo Online Entertainment announced that LET IT DIE has surpassed seven million downloads—just in time for the fifth anniversary in December! Today is the start of a special anniversary event and “senpais” have until October 27 to join Uncle Death for some gore-tastic fun.

END_OF_DOCUMENT_TOKEN_TO_BE_REPLACED

PITTSBURGH, PA — July 22, 2021 —  Schell Games announced today that I Expect You To Die 2: The Spy and the Liar, the sequel to their award-winning VR escape-the-room puzzle game, will launch August 24, 2021, on SteamVR, Oculus Quest, Oculus Rift, and PlayStation®VR headsets. The game will be priced at $24.99 across all stores at launch. Eager spies now can pre-order the game for a 10% discount from Oculus Quest and from PlayStation™Store for PS VR.

END_OF_DOCUMENT_TOKEN_TO_BE_REPLACED

The charming roguelike deck-building adventure from the publishers of Mortal Shell, and solo developer Bunkovsky Games, can now be enjoyed by everyone

LONDON – May 6, 2021 – Rise of the Slime — the charming, cheeky and strategic roguelike deck-builder developed by one sole developer — is coming to Nintendo Switch, PlayStation, Xbox and PC on May 20 following a successful Early Access launch. Dropping today, a full demo is available on Nintendo Switch and Steam for players to try out, add to their wishlist, and preorder.

END_OF_DOCUMENT_TOKEN_TO_BE_REPLACED

Kirkland, USA – April 26, 2021 – Midwinter Entertainment revealed today details about how players will be able to join Scavengers’ Early Access when it launches for PC on April 28. In collaboration with Twitch, this limited-time Twitch Drops event will give players across the world the opportunity to be the first to play Scavengers’ Early Access release before anyone else.

END_OF_DOCUMENT_TOKEN_TO_BE_REPLACED

Help Slime defy the odds by playing powerful cards in this charming, relaxing and strategic deck-building adventure from the publishers of “Mortal Shell”

LONDON – April 15, 2021 – Rise of the Slime — the charming, cheeky and strategic roguelike deck-builder — was announced today for a full release this spring on Nintendo Switch, PlayStation, Xbox and PC, following its successful Early Access run on Steam.

END_OF_DOCUMENT_TOKEN_TO_BE_REPLACED

FRISCO, Texas – March 25, 2021 – Hopoo Games and Gearbox Publishing today released the Anniversary Update for Risk of Rain 2 as a free download on Steam. The classic survivor Bandit returns from the original Risk of Rain. Also included is the legendary boss Grandparent, more items, additional skill variants for the other survivors, a huge drop of lore entries, and much more. The update is a “thank you” to fans for supporting the game since its Steam Early Access debut two years ago, coming soon for consoles and Google Stadia. Risk of Rain 2 has more than four million copies sold on Steam alone and received ‘Overwhelmingly Positive’ from over 137,000 Steam Reviews alongside an 85% on Metacritic. The update also kicks off a temporary sale on Steam, discounted by 25% from $24.99 to $18.74 through March 29 (9:59 AM Pacific Time).

END_OF_DOCUMENT_TOKEN_TO_BE_REPLACED 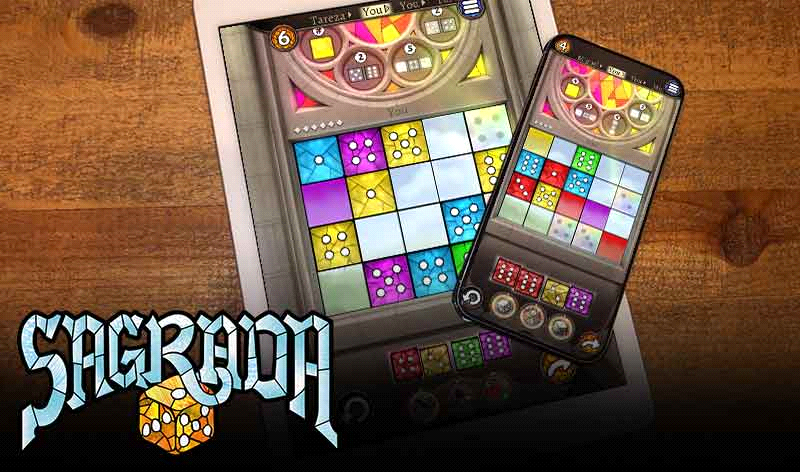 The dice-drafting board game comes to digital life from the team behind the acclaimed adaptation of Raiders of the North Sea.