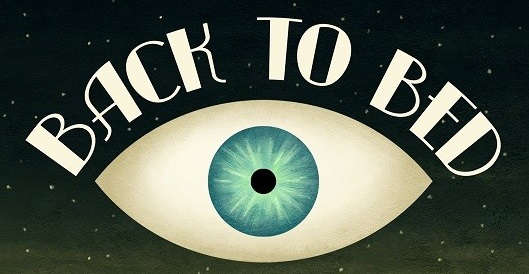 SANTA MONICA, Calif. – Sept. 30, 2014 – OUYA today announced that, following successful Android, iOS and PC launches, the IGF Student Showcase-winning surrealist puzzler Back to Bed is coming to OUYA  on October 7 for $3.99. Back to Bed is like a fever dream of Salvador Dali on sleeping pills: the lines that comprise your world bend and twist into impossible shapes; a strange, inhuman voice yowls cryptic messages in your direction; and nothing is ever as it seems. END_OF_DOCUMENT_TOKEN_TO_BE_REPLACED

END_OF_DOCUMENT_TOKEN_TO_BE_REPLACED

MONTREAL – August 18, 2014 – Spearhead Games today announced that the world’s first MOSA, Arena: Cyber Evolution (ACE), formerly Project Cyber, is now available on Steam Early Access. Yes, you read that sentence right: ACE is a Multiplayer Online Sport Arena, a physics-based game where super-powered champions vie for power in a 3-vs-3 soccer-inspired battle of wits and twitch reflexes. After 22 weeks of round-the-clock development guided by the game’s active community of over 90,000 players, this MOSA has evolved from a conceptually compelling prototype to a fully functional, mechanically sound gameplay experience.

END_OF_DOCUMENT_TOKEN_TO_BE_REPLACED

WESTLAKE VILLAGE, Calif. — August 14, 2014 – 505 Games and Hidden Path Entertainment today announced that Defense Grid 2, the sequel to the 2008 tower defense critical hit, will launch on September 23, 2014. The game is currently available for pre-order on Steam and will be released for digital download on PC, Mac, Linux, PlayStation 4 and Xbox One.

END_OF_DOCUMENT_TOKEN_TO_BE_REPLACED

Austin, Texas – Nov. 8, 2013 – Stoic, an Austin-based independent game development company, today announced their partnership with Versus Evil to promote and launch their upcoming title The Banner Saga.  The game, which was successfully funded through a Kickstarter campaign last year, is an epic role playing Viking saga where a player’s choice directly affects their personal journey across a stunning yet harsh landscape and, ultimately, the survival of an entire civilization.