September 8, 2014 – Today Crazy Labs announced its newest game Airheads Jump is now available as a free download for Android devices on Google Play. Developed by Tactile Entertainment, the Danish mobile development team behind the mega hits Skyline Skaters and Chasing Yello, Airheads is a fresh take on the endless jumper genre with a rumble through the jungle of more than 100 levels. In the week following its release on the Apple App Store, Airheads was featured in over 140 countries and has been downloaded over one million times.

To view the trailer, visit: www.youtube.com/watch?v=pZXLX5Kh1qI

In Airheads, the bouncing crew of beach ball characters have crashed their plane in the rainforest and been captured by angry Tikis. To free the Airheads, players must tilt and tap their screen, hopping along trees and rock faces while collecting butterflies and treasure necessary to complete each challenge. A parrot friend guides Airheads ranging from wizards to vampires and pirates through each increasingly challenging level, introducing new scenery and prizes along the way. Use spongy mushrooms and palm fronds to propel yourself to the top of the jungle, tilting your screen in time to the airy tropical tunes.

To learn more about Crazy Labs: 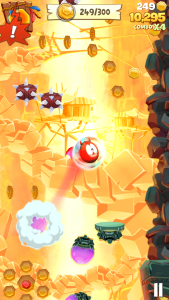 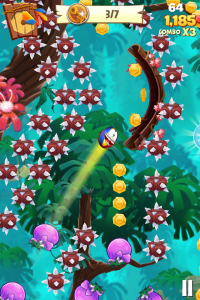 About Crazy Labs
Crazy Labs is a new publishing brand of TabTale, a top 10 global publisher of mobile games by download volume. Crazy Labs was formed to publish interactive mobile games for older audiences, capitalizing on TabTale’s existing market success and expertise in the childrens apps market. Based in Tel Aviv, Israel, Crazy Labs partners with independent development studios across the globe to create engaging mobile content for audiences aged 13 and older, expanding the breadth and range of TabTale’s mobile offerings.

About TabTale
TabTale is a developer and publisher of interactive games and educational apps for smartphones and tablets that kids and parents love. Currently recognized by App Annie as the eighth largest mobile app publisher in the world with over 350 million downloads and 25 million monthly active users, TabTale’s key franchises include the Baby Series, Paint Sparkles, and Doctor X. The company was founded in 2010 and is headquartered in Tel Aviv, Israel with 180 employees across its offices in Israel, the US, Macedonia, Ukraine, Bulgaria and China. TabTale has raised a total of $13.5M in venture capital funding led by Qualcomm Ventures and Magma Venture Partners. The funding is being used to fuel app development, expand to new markets of older audiences, and solidify TabTale’s leadership position in the children’s mobile entertainment and education categories. To learn more about TabTale, visit www.tabtale.com.