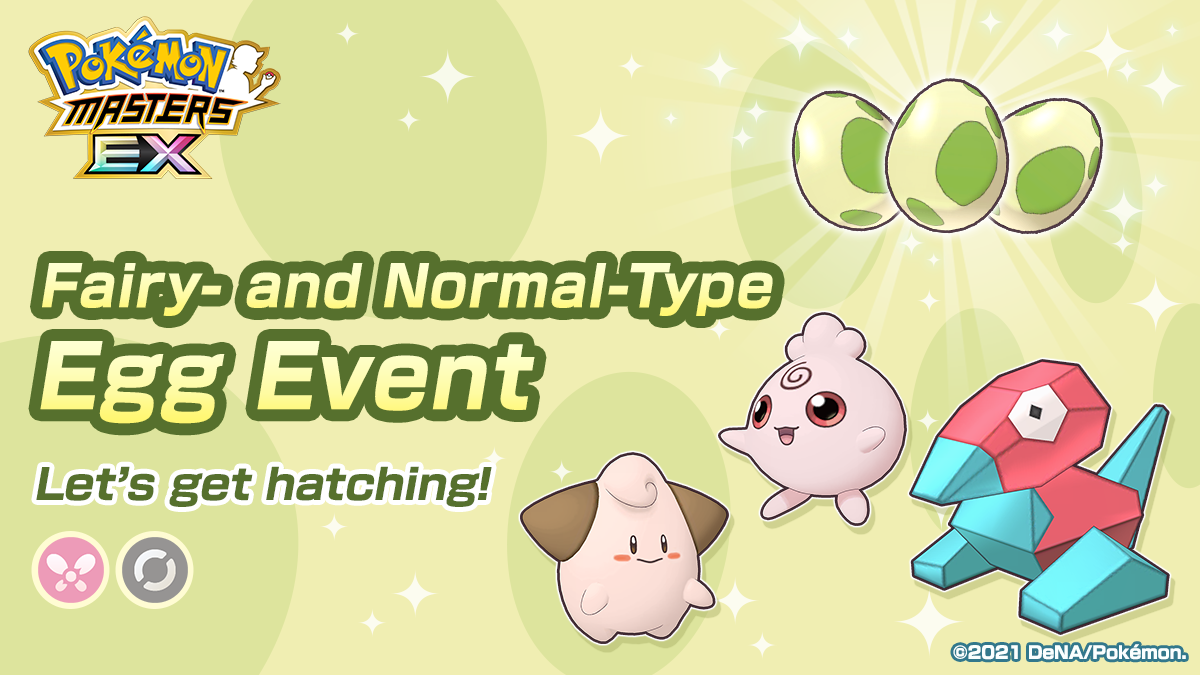 Players will be able to add special versions of Burgh & Togepi and May & Lopunny in colorful Spring outfits to their teams. Burgh & Togepi can use Metronome, which deploys one of several moves at random, while May & Lopunny have the ability to change their attacks from Normal-type to Fighting-type after using their sync move in battle. Both sync pairs will be available from now until April 15 at 10:59 p.m. Pacific Time in the sync pair spotlight scout.

“Pasio Eggsplorers” is also available now until April 15 at 10:59 p.m. Pacific Time for players who have completed Chapter 1 of the Main Story. This event features Burgh and May in their Spring outfits as they take part in an egg hunt around the island of Pasio. Players can earn in-game rewards by collecting and exchanging Togepi-themed, Buneary-themed, Torchic-themed, and Lucario-themed eggs.

As part of the “Pasio Eggsplorers” story event, players that participate in the event’s log-in bonus and missions, available from now until April 15 at 10:59 p.m. Pacific Time, will be able to receive up to 1,600 Gems, enough to add up to five sync pairs to their teams.

The Kalos Champion Diantha and her partner Pokémon Gardevoir will be available in the sync pair spotlight scout, available from now until April 21 at 10:59 p.m Pacific Time. This Fairy-type sync pair can unleash attacks like Moonblast and Dazzling Gleam. Diantha & Gardevoir also have the ability to mega-evolve into Mega Gardevoir during battle, which powers up their Fairy-type moves while also unlocking a new passive skill.

In the Champion Stadium, players can battle the Elite Four and Champion of a particular region. The Unova region’s Champion Stadium will soon begin, allowing players to take on the Unova Elite Four: Grimsley & Liepard, Marshal & Conkeldurr, Shauntal & Chandelure, and Caitlin & Reuniclus. Depending on the week, players that defeat the Elite Four will battle against either Iris & Hydreigon or Alder & Volcarona. The Unova Challenge will be available from April 4 at 11:00 p.m. Pacific Time until May 2 at 10:59 p.m. Pacific Time.

All assets can be downloaded here!