Developed in collaboration with Tetsuya Mizuguchi, the original creator of Lumines, the all-new game for iOS and Android launches in select overseas markets

TOKYO – July 19, 2016 – mobcast Inc., a leading mobile games publisher based in Japan, today announced that it has rolled out the hotly anticipated Lumines: Puzzle & Music in select markets overseas, including Japan, Australia, and New Zealand. The game is now available in those countries for the iPhone, iPad, and iPod touch, and Android smartphone and tablet devices. The game is expected to launch in the United States and all major markets around the globe this September for a download price of US$2.99 on the Apple App Store and Google Play.

END_OF_DOCUMENT_TOKEN_TO_BE_REPLACED

RALEIGH, NC – June 2, 2016 – It’s getting hot in here! Imangi Studios, the creators behind one of the most downloaded mobile game of all time, Temple Run 2, are opening up a whole new desert-themed world for their legendary runners around the globe. Hot on the heels of their latest escapades in the world of Frozen Shadows, the Blazing Sands expansion for Temple Run 2 is now available as a free update for iPhone, iPad, iPod touch, and Android smartphones and tablets.

END_OF_DOCUMENT_TOKEN_TO_BE_REPLACED

MOUNTAIN VIEW, Calif. – March 29, 2016 – Atypical Games announced today that Infinite Tanks, the latest from their hit mobile war game portfolio, is coming this summer to iOS, tvOS and OSX. Building on the legacy of their widely acclaimed and highly realistic war simulations Battle Supremacy and Sky Gamblers, Infinite Tanks uses a complex vehicle customization system to give players total control over the buildout and playstyle of their war machine.

Check out the wide world of Infinite Tanks in the game’s beta trailer here. END_OF_DOCUMENT_TOKEN_TO_BE_REPLACED 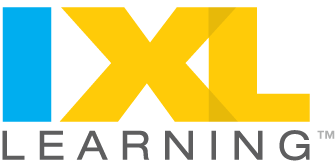 SAN MATEO, Calif. – December 16, 2015 – IXL today released the latest version of its iPad app, which covers 14 years’ worth of math and English language arts instruction. The app features a complete progression of more than 4,500 skills from pre-K to 12th grade, covering addition to algebra, basic grammar to advanced writing skills, and everything in between. The app can be downloaded for free on the App Store.

END_OF_DOCUMENT_TOKEN_TO_BE_REPLACED

Shake, shout, and dance your way through 100 puzzles in the clever and charming new game from Ludosity

SKӦVDE, Sweden. – November 5, 2015 – Think outside the touch and interact with your iPhone or iPad in ways that you never imagined in Progress to 100! Indie studio Ludosity, in partnership with game designer Tim Garbos from Copenhagen Game Collective, today announced that its award winning puzzle game Progress to 100 is now available on iPhone and iPad for $2.99. Pour over 100 playful and puzzling clues to solve puzzles and make progress–each clue requires you to use creative movements, sounds, and touch to find silly solutions.

SAN FRANCISCO – Oct 26, 2015 – Established in 2013, US subsidiary of Adways Inc. (Head Office: Shinjuku-Tokyo, CEO: Haruhisa Okamura), Adways Interactive (Head Office: San Francisco, CEO: Ken Asakura) today announced the full launch of PreLaunch.me, releasing the Android app out of Beta with new features and debuting the PreLaunch.me web app for iOS and Android, available for publishers and gamers in the US, Canada, Australia and UK. To download PreLaunch.me to your Android device, visit Google Play, while iOS users may visit www.PreLaunch.me via the Safari web browser.
END_OF_DOCUMENT_TOKEN_TO_BE_REPLACED